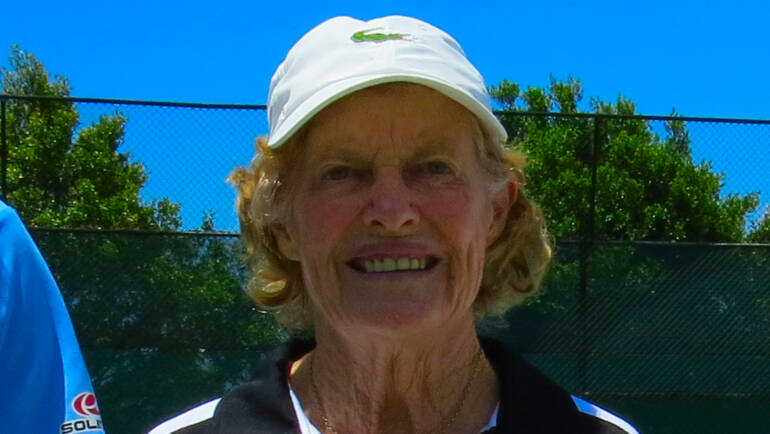 By naming their new complex the Joan Nicoll Tennis Centre, Tennis Terranora tennis club acknowledges and honours Joan’s tireless work over many years to achieve her vision for the future of tennis.

Over 30 years she coached our juniors and also encouraged many of their parents to enjoy the game at which she had much success at an international level. Joan has had a very long career at junior, open and senior levels. She won many Qld junior and open titles and then played in 2 Australian Grand Slam tournaments and the qualifying rounds for Wimbledon. She also won titles in Denmark, Spain, England and Fiji. At the senior level Joan represented Australia at 4 World Teams Championships.

Tennis Terranora has been very lucky to have had a coach who is not only passionate about her sport but fostered a love of tennis and the skills of tennis in our club. As well as coaching Joan dedicated much of her time as a Tennis NSW Field Officer, as organizer of many local junior and adult tournaments and committee member at Tennis Terranora.